Leader Of The Free World 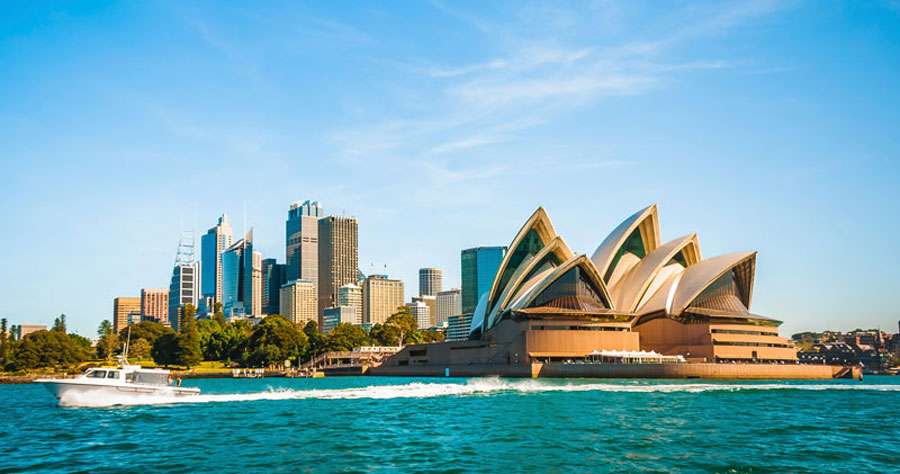 Originally Appeared in The Daily Telegraph

Only last week, the Northern Beaches rural fire brigades were helping to clean up after the second one-in-100-year flood to hit the Hawkesbury in just 12 months.

Yet despite the clinging mud, the ruined furniture, the lost possessions and the financial cost of rebuilding twice, in an area where flood insurance is almost impossible to get, the general sentiment was stoical: the people cleaning out their places routinely said “no one is trying to bomb us”.

This readiness to have a go, and to keep having a go, despite difficulty and despite bad luck, was very much in evidence; plus the understanding that however hard things might be, we’re still lucky to live in Australia.

Having a go and counting our blessings – courage and optimism, these are two of our chief characteristics as Australians.

Just a few days after Governor Phillip raised the flag, on that very first Australia Day in 1788, came our first Christian sermon, to the soldiers, sailors and convicts who’d just travelled half way round the world to a strange and often perplexing land.

Its theme: “what shall I render unto the Lord for all his benefits towards me”.

It’s worth remembering the British government’s instruction to Phillip: to “live in amity” with the Aboriginal people plus Phillip’s declaration “there can be no slavery in a free land”.

Because it wasn’t just a motley crew of men and women that had arrived; it was a set of values and a way of life and a determination to improve.

So we got on with it, learning to farm and to herd, through drought and flooding rains; settling over vast distances and gradually coming to terms – it’s still unfinished business – with the indigenous people, turning an ancient land into a modern ­economy.

And generally welcoming new-comers, first from the British Isles, but later the four corners of the earth, to create a life as free, as fair and as prosperous as any.

Failure didn’t really matter, provided you never gave up; or to put it in the Australian vernacular, if you had a fair go, you’d get a fair go.

We formed “one indissoluble federal commonwealth under the Crown”. Back then, it was one of the world’s very first democracies, now one of the oldest; with an indigenous heritage, a British foundation and an immigrant character.

An island nation we might have been but insular, never.

When Britain chose to resist the violation of Belgium, and the conquest of Europe, a great Labor leader vowed Australians would “stand behind the mother country … to our last man and our last shilling”.

It was much the same a generation later.

And while John Curtin famously said, in our moment of greatest peril, that “Australia looks to America, free of any pangs as to our traditional kinship with the United Kingdom”; he also said, in a 1944 speech to MPs in London, that “we regard your history as part of the legacy that we ourselves claim … and ourselves as trustees for the British way of life … a people corresponding in purpose and in outlook to the motherland itself’’.

Given all our postwar achievement – the 1966 referendum; the multicultural migration program; the unlocking of our mineral wealth and the harnessing of our rivers while creating the world’s most liveable cities; the development of some of the world’s finest universities under Menzies, plus the economic reforms of the Hawke and Howard governments which made Australia the best place in the world both to live and to work — it’s hardly surprising that though the global G20’s smallest member, in terms of population, we’re by no means the least in terms of power and influence. It’s an amazing story that we shouldn’t take for granted or be oblivious to.

Having a go and counting our blessings — courage and optimism, these are two of our chief characteristics as Australians.

Yet though there’s never been less racism and never been better treatment for minorities, instead of applauding all that’s been achieved, the “black armband view” of history, as Geoffrey Blainey puts it, is ever more pervasive.

Our school students deserve better than politically correct brainwashing, with every subject taught from an indigenous, sustainability and Asian perspective.

All of us deserve better than being treated like irresponsible children, as we have for much of the past two lost years, locked up in our homes and behind our borders and scolded by officials lest we not take a virus seriously enough.

If there’s one thing to be gained from the horrors now unfolding in Ukraine, it’s a restored sense of ­perspective.

A flood, even an unprecedented one, that’s a tragedy; a pandemic, even one unknown in our lifetimes, that’s a trial; but a war of aggression – well, that’s an atrocity that just has to be resisted, by all feasible means.

If Ukrainians are ready to die for their country, what about us?

The liberal, humane order that has made the whole world more free, more fair and more safe than ever before, only came into being because countries like ours created it and fought for it.

We should better appreciate this achievement, especially as the Ukrainians strive so mightily to emulate it.

I can’t think of a better time to launch the Centre for the Australian Way of Life and to announce that my next project will be a new history of Australia reflecting the pride I feel, and that more of us should feel, in our great national story.

A story that might formally have begun, just over 200 years ago, yet its origins lie in millennia past, in English forests and outback deserts and Mediterranean shores and now extends into the wider world, wherever we can lend a hand.

About the Author: The Hon Tony Abbott

Tony Abbott is a Distinguished Fellow at the Institute of Public Affairs
Published On: March 30, 2022Categories: News, Read