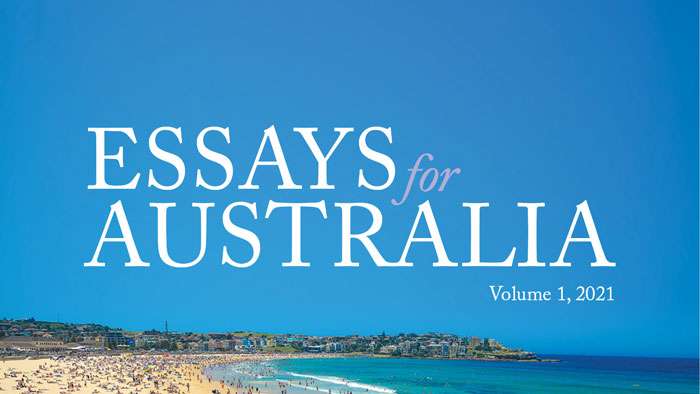 Having recently obtained the special permission needed to leave Australia on government business, my fellow advisors to the UK Board of Trade were curious to know how life was going in the place they’d dubbed “Aus-catraz”. Not since the convict era, I suspect, would Britons have regarded their lives as freer and more easy-going than life in Australia but that, I fear, is how this pandemic has diminished us.

On July 19, with a 68 per cent adult vaccination rate, England celebrated “freedom day” when all businesses were open, all social distancing was dropped and no masks were required, despite almost 40,000 daily new Covid-19 infections. By contrast, on achieving a 70 per cent vaccination rate here in New South Wales, eating and drinking will be allowed while seated in pubs and restaurants, and up to five visitors will be allowed in the home – but only for people who are double jabbed – even though daily new infections will almost certainly be under a thousand. To regain a more-or-less normal life, the un-jabbed will have to wait until vaccination rates hit 90 per cent (and that’s not been attained so far in any country on earth). It seems almost un-Australian; the British have turned out to be better than us at taking this danger in their stride.

As in most other countries, when the pandemic struck, Australian governments ordered people to stay at home (other than for essential work and services) and instructed most businesses to close or to drastically change their operations. Here as elsewhere, the rationale was to “flatten the curve” of infections, so that hospitals wouldn’t be over-run by a massive influx of patients, as in northern Italy. But while other countries locked down harder and longer in 2020, to protect their health systems against an infectious disease that was by then rampant; here, the objective shifted from virus suppression to virus eradication, meaning that whole cities would sometimes be locked down in response to a single case. Almost uniquely, of the world’s major countries, safety has been almost everything and freedom almost nothing.

For half of this year, most Australians have been under virtual house arrest, only allowed to leave home for essential work, essential exercise, and essential shopping, and subject to intrusive and overzealous policing with very heavy fines. So far, the federal government alone has spent more than $350 billion (or about 20 per cent of our annual gross domestic product) to support people who’ve been ordered not to work and businesses that have been ordered to close.

All because without lockdowns, “people would die” – and that’s true; but it’s also true, here and elsewhere, that about 90 per cent of those who’ve died of-or-with Covid have had other serious health problems. Even if the Prime Minister is right, that but-for-lockdowns 30,000 lives would have been lost, the cost to the federal Budget alone has been over $10 million per life preserved, a gargantuan amount even if the only point of life is to avoid death, which plainly it’s not.

Covid Zero has meant stopping people from living in order to prevent them from dying; everyone has been subject to unprecedented restrictions in a bid to eradicate a disease that is normally only fatal to the very old and the already very sick. To protect their lives especially, people in nursing homes and retirement villages have been denied the human contact which is normally what they most live for. And their grandchildren and great grandchildren, whose well-being is normally their greatest concern, have had two priceless and irreplaceable years of their schooling and university stolen. So we’ve protected lives and ruined them at the same time; a bit like the Vietnam-era American officer who declared that the village had to be destroyed in order to be saved. To those running it, our pandemic response reflected a deeply ethical concern for the preciousness of every life; to me, it often seemed like an over-reaction from people who’d forgotten the inevitability of death and the importance of living each day to the full.

At some level, too many of us have blurred the distinction between dying of natural causes, which is sad but inevitable; and being killed by human agency, which government has a duty to try to prevent. Perhaps this is an inevitable consequence of the erosion of those faiths that see death as a transition rather than an extinction; and that value a life well lived over mere existence. Even now, despite the evidence that virus elimination requires the cessation of almost all human interaction, some are still cheering-on attempts to “crush and kill” the virus in preference to accepting that governments’ duty is to minimise disease and death – not to embark on some vain quest to abolish it.

To me, the worst features of our pandemic response have included: the oppressive rules for which there’s been no medical justification, such as curfews and mask mandates outdoors; the implacable cruelty with which the rules have been administered, routinely denying families the right to farewell loved ones in person, or to go interstate for medical treatment or for family reunion; the eagerness of elected leaders to hide behind “health advice” that’s never made available for public scrutiny; the near-disintegration of our federation at the hands of premiers who make agreements in national cabinet and break them as soon as they’re back in their own capitals; and the suspension of normal democratic accountability under indefinite states of emergency.

I suspect that history will marvel at how extraordinary and unprecedented the response to the pandemic has been. The nearest parallel, in terms of the scale of government intervention into daily life, has been the World Wars; the key difference being that, back then, citizens were mobilised for action rather than inaction.

What does it say about our national character that we’ve accepted this – indeed, based on election results in Queensland and Western Australia and on multiple opinion polls, welcomed it? How different are we from our forebears who took big risks to settle a harsh country or who volunteered en masse to fight and die for freedom? Perhaps we really have become a more timid and fearful people; or perhaps it’s more that an anxious and adrift society can’t readily distinguish between big crises and little ones: hence we’ve let grandstanding Premiers and Chief Health Officers escalate a significant health challenge into an ongoing national emergency with them as our protectors-in-chief. Either way, it hardly augurs well for our ability to meet challenges that require us to be active rather than passive.

Yet while Covid-19 has been the issue to which we have most overreacted, it certainly hasn’t been the only one. A lack of perspective has been characteristic of the way many issues are now handled. Even if climate change really is the existential threat that many claim, why is the right response to diminish ourselves economically when the biggest emitter by far, China, is all talk and no action when it comes to making comparable sacrifice? Why do we bend over backwards to appease the identity activists, that no concession will ever be enough to satisfy, when each concession just deepens divisions? Why are we saddling our children with massive debts, just because we’ve discovered new ways to extend our collective credit limit; and why do we so readily take fright at some problems while oblivious to others?

I worry that we’re becoming more divided and polarised, less willing to see the other person’s point of view, less familiar with our national stories and the great traditions on which they’re based, and less convinced about the essential goodness of our national project and the need to make Australia even stronger and more daring. I find it hard to understand why we are so exercised about second-order problems to the neglect of more serious ones, and why so much conventional wisdom these days seems bound to make us weaker and more confused about ourselves. Yet even these national dry gullies that we seem so set on traversing are largely the product of a laudable desire to atone for past wrongs. It’s this essential decency coupled with a strong ‘BS detector’ that should see us through what’s certainly a spirit-sapping time for us and the rest of the Western world.

At least the determination of the NSW government to put lockdowns behind us as soon as vaccination rates hit 70 per cent, and the decision of the Morrison government to put decades of strategic caution behind us with the acquisition of nuclear-powered submarines show that there’s still some courage and conviction left in our public life.

The poet W.B. Yeats once lamented that “the best lack all conviction while the worst are full of passionate intensity” when he felt that civilisation was crumbling through the tumult of the Great War. However understandable, his despair was misplaced. As things have turned out, the long peace that we have lived through far surpassed even Yeats’ pre-war “belle epoque”. Our country and our civilisation have triumphed in far more daunting circumstances than these. Provided that we can continue to “keep the faith, stay the course, and fight the good fight” our best years are still ahead.

This article is from Volume 1 of Essays for Australia and is written by The Honourable Tony Abbott, Senior Fellow at the Institute of Public Affairs. To find out more, head to ipa.org.au/essays. 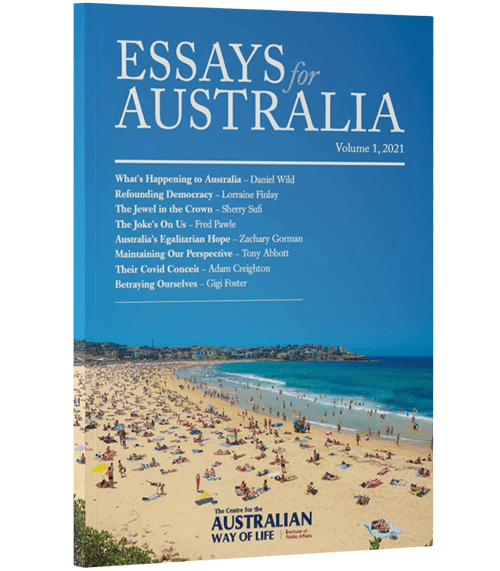