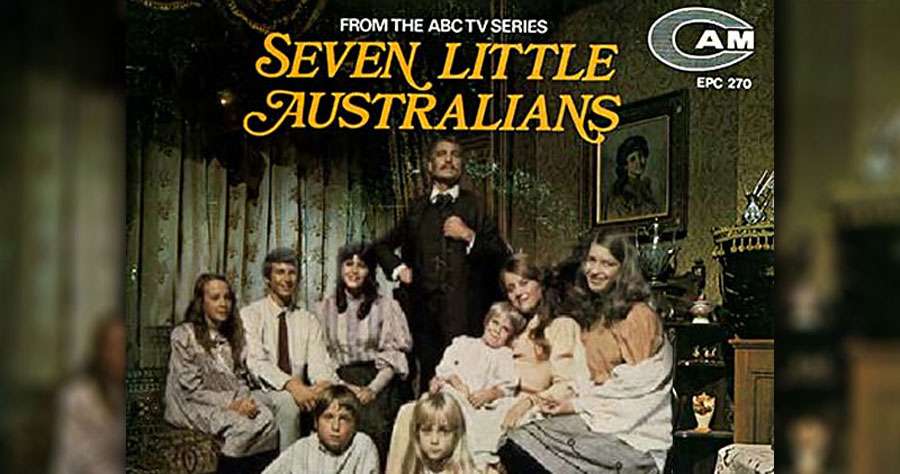 Ethel Turner’s Seven Little Australians is a literary masterpiece which constructs a strong sense of national identity that is distinctly Australian. It is ultimately about the birth of a nation, its people and the myth which holds the two together.

From its opening lines a vivid comparison is drawn between the fresh-faced, independent Woolcot children and the emerging national psyche. “It may be that the land and the people are young-hearted together,” Turner writes. “There is a lurking sparkle of joyousness and rebellion and mischief in nature here, and therefore in children.” In 1894 when the book was first published, Australia was teetering on the brink of nationhood. A sense of youthful optimism pervaded the conversation around the federation movement and attracted interest in forging an Australian type through literature. Turner not only weighs into this national debate in her book, she leads it. Seven Little Australians sets out with stunning precision the dual cultural identity split between the city and the bush which is still relevant today. It is no wonder the book, now widely regarded as an Australian classic, has made it onto the IPA’s Australian Canon of great literary works.

The storyline dives immediately into the war of wills between Captain John Woolcot and his seven energetic children as they navigate family life in their large home ‘Misrule’. Led by the vivacious and cheeky Judy, the siblings find themselves in constant trouble. Set on the banks of the Parramatta River in Sydney, there is a sense in which the children are deeply influenced by their natural environment. The parental guidance they receive is haphazard at best. Most of the time they run wild at their rambling suburban home which mirrors more rural settings with its wilderness, sheds and wide open spaces. Pastoral life is later experienced when the family visit Yarrahappini, a profitable cattle station in outback Australia. This is illustrated in the following paragraph about the couple who run the property.

‘Mr. Hassal had been in the saddle from morning to night, and worked harder than any two of his own stockmen, and Mrs. Hassal had laid aside her girlish accomplishments, her fancy work, her guitar, her water-colours, and had scrubbed and cooked and washed as many a settler's wife has done before, until the anxiously watched wool market had brought them better days.’

Here the city-bush divide is brought into sharp relief. The Woolcot’s middle class Anglo-Saxon lifestyle contrasts strongly with the Australian bush landscape and the tough and competent settlers who called it home. Turner defines the Australian Way of Life as being characterised by hard work, a fair go and free enterprise and celebrates the unprecedented prosperity, opportunity and freedom it brought. However, this is nuanced with glimpses of hardships through characters like the alcoholic stockman and long distances travelled for medical attention when Judy is fatally injured.

The clashes between Captain Woolcot and his children represents the emergence of increasingly patriotic political commentary in the lead-up to the ‘new world’ of federation in 1901. Judy’s independent spirit provides an excellent foil for her fathers rigid ‘old world’ view of family life. Despite his best attempts to maintain regimental discipline, the children constantly flout their father’s rules and regulations. The emphasis on a distinct Australian identity is seen clearly in the title and places named throughout the story. But the importance of the nation’s British heritage and the western intellectual tradition is not lost. The novel is enriched by multiple references to poetry, plays, and sacred texts. Overall the Woolcot children are not models of good behaviour, but flawed characters with complex thoughts and emotions. Their antics highlight the ‘larrikin’ aspect of Australian culture. Their rebelliousness captures the shift from a colonial mindset to a national mindset. Their failures and triumphs appeal to timeless human experience.

While the book has been viewed by some as an Australian version of the classic novel Little Women and Ethel Turner as Louisa May Alcott’s successor, there are some key differences. The book breaks with standard Victorian literary conventions idealising family life and sentimentalising death. In Seven Little Australians familial relationships are strained. Captain Woolcot ‘did not understand children at all’ and his young second wife Esther is only a few years older than his eldest child. This differs from the stable family environment in Little Women which has both a strong mother and loving father. Similarly, while both novels include the death of a family member, Judy’s loud objections contrast strongly with Beth’s pious resignation. Despite these differences Seven Little Australians mirrors the domestic narrative depicted in Little Women and both authors were writing about pivotal historical moments of change for their country. Australia was in the lead-up to federation while America was in the middle of a bloody civil war. Both books cover important issues about family, coming-of-age, national identity and death.

Seven Little Australians was first published in 1894 for both English and Australian audiences and was an overnight success, selling out in weeks. It was immediately reprinted and has been available in book stores for over 100 years. A stage performance, BBC series and 10-episode ABC series have since been based on the famous novel.

Turner’s writing was likely influenced by her employment at the Bulletin in Sydney which strongly promoted independence from Britain and played a central role in creating the national myth around the Australian bush. It was also a revolutionary time in other ways for Australia. South Australian women were granted the right to vote, the first screening of a film took place in Pitt Street and for the first time in the 1890s the majority of the population were Australian born. Seven Little Australians captures the excitement and hope surrounding the birth of a new country through the eyes of children. It shows how the strands of the old British heritage were weaved together with new Australian ways to forge a unique national identity. It clearly illustrates the joy of new beginnings for both the individual and a nation which is tempered and matured by tragedy and loss.

This appreciation of Seven Little Australians was written by IPA Researcher, Brianna McKee, in 2022, specifically for The Genius of Australia.

About the Author: CAWL