The Tyranny Of Distance 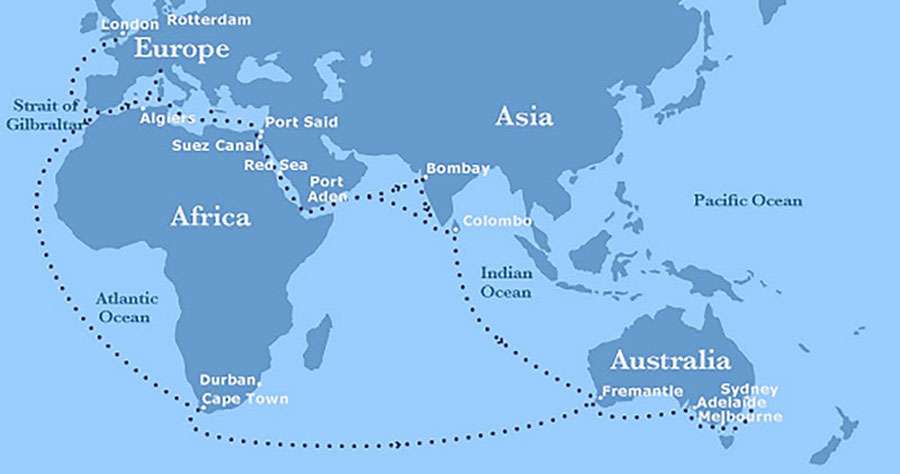 Geoffrey Blainey’s The Tyranny of Distance is among the most important books ever written about Australia. Through the lens of distance—distance to and distances within Australia—it explains much about our origins, our economy and society, as well as our triumphs and failures.

Blainey is a brilliant historian and writer of rare talent who rewards the reader with insightful analysis and conclusions which overturn the conventional wisdom. Published in 1966, The Tyranny of Distance reflects the author’s deep understanding of the changing patterns of world trade and the relative costs of commodities and transport over time.

Drawing on hard-won evidence, Blainey sheds light on diverse aspects of Australia’s history and culture, including: the reasons for its founding; its ‘British-ness’; the birth of mateship; big government; underpopulation; divergence in railway gauges; rural hardship; and the depth of the recurrent economic shocks, to name but a few.

Sending ships half-way around the world was hardly the cheapest way to dispose of England’s convict burden. Blainey offers the view that the final push to settle New South Wales came as the Royal Navy saw in nearby Norfolk Island the means to diversity its source of pine (for masts) and flax (for sailcloth and cables).

Blainey resurrects the maritime heritage of Australia, which began as a series of ports for supply and safe haven but became an agrarian and urban nation forgetful of the ocean’s role as a conduit for its people, its food, its export markets, and news of the world. The great industry of the early years was whaling, which earned significant foreign exchange, spurred coastal settlements, and was ‘a free man’s calling in a country where most occupations had the taint of the broad arrow’. For one hundred and fifty years, the strong and reliable winds which could take ships out of the UK around the Cape of Good Hope to Australia and then home via Cape Horn shaped our enmeshment with the British Isles; as our largest market, as a source of forced or assisted migrants, and of political and social ideas. Fares from the UK to North America were always a much cheaper option for families, so single working men dominated migration to Australia, and thus was mateship born and eulogised.

Blainey is perceptive and lyrical when evoking and ennobling the life of the common worker, be it sailor, bullocky, farmer or even the convict road-builder displaying his ‘skill with pick and shovel and wheelbarrow’. He is grounded in the challenges of earning a crust on the frontier in an age where failure could mean starvation and death. His economic history is not grand aggregates but rather the sums done by the farmer, the merchant and the trader to ensure they could make a profit and survive. For a very long time the overwhelming consideration was the enormous cost of transporting product and input goods.

Similarly, he provides context for the decisions of early political leaders, shaped as they were by distance. Thus the divergence of railway gauges between states simply was of no importance when the ‘purpose of the railways was not to link the ports but to link each inland area with the nearest port’. On the other hand, the populist trend of colonial governments in the nineteenth century to ‘half-raise the drawbridge across the moat’, pocketing the revenues from land sales previously applied to subsidised immigration, meant nearly a century of slow population growth, societal stagnation, and the dominance of organised labour in political life. Grand development schemes failed for want of sufficient markets and/or local population, while colonial treasuries were burdened with debts that could barely be supported in the depressions of the 1890s and 1930s.

Tyranny of Distance is no polemic, but it is an essential antidote to the view of early Australia as no more than a gulag or killing ground, and its settlers as either victims or brutal oppressors.

This commentary by Scott Hargreaves was originally published in the IPA’s 100 Great Books of Liberty (2011).

About the Author: CAWL

Published On: April 6, 2022Categories: Histories, Read, The Genius Of Australia