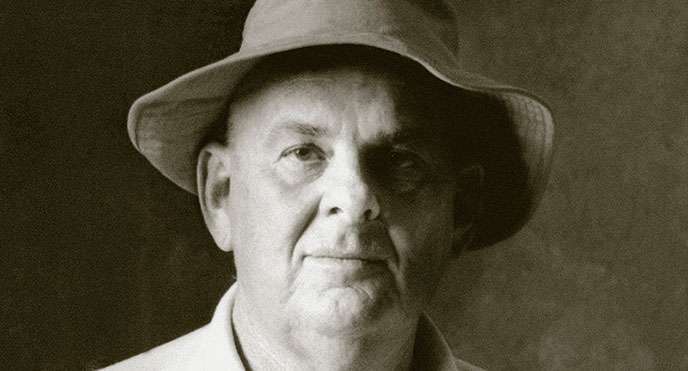 During his lifetime Les Murray (1938 – 2019) was widely considered Australia’s premier poet. In death, there is an argument suggesting he was the greatest poet this country has ever produced.

Nobel Prize-winning American poet Joseph Brodsky once said of Murray, “he is, quite simply, the one by whom the language lives.” Murray published thirty-eight collections, including several Selected and Collected Poems, along with books of essays on art, poetry, and culture. Ironically, given his disdain for T.S. Eliot’s modernism, Murray won the prestigious T.S. Eliot Poetry Prize in 1996 and in 1997 the National Trust of Australia named him one of ‘100 Australian Living Treasures’. He was later awarded the Queen’s Gold Medal for Poetry in 1998 and the Mondello Prize in 2004. Some of his most famous works include: The Broad Bean Sermon, An Absolutely Ordinary Rainbow and Noonday Axeman – the subject of this article.

Born and raised in rural New South Wales, Murray lived in Sydney and overseas before returning to live on his family’s Bunyah dairy farm. Dubbed the ‘bard of the bush’, throughout his career his poetry was viewed as political, exploring themes of equality and justice, and attempting, as one critic said, to map and claim Australia itself: “He has a Whitmanesque ambition to pin down the commonplace reality of his country in verse,” renowned British critic and poet Al Alvarez wrote in the New York Review of Books. 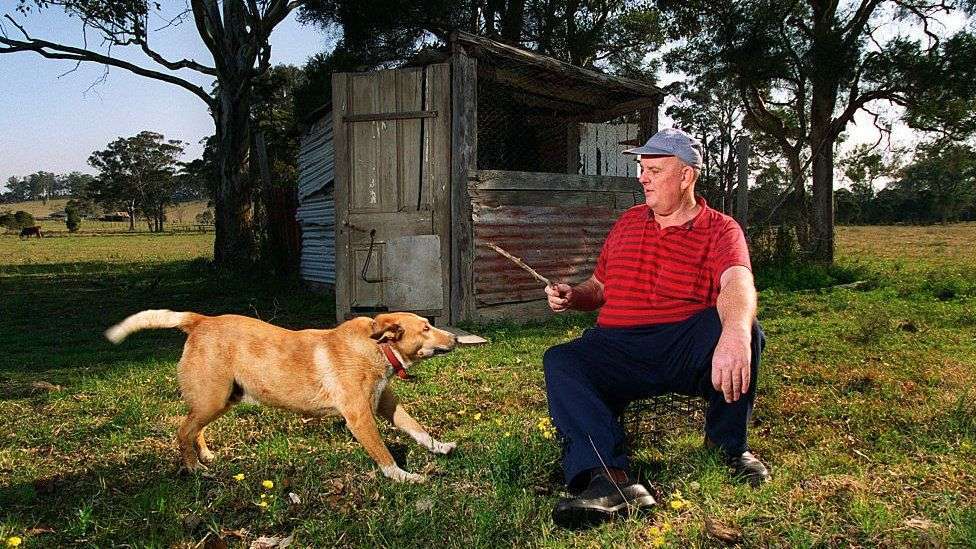 Murray was publicly maligned in his lifetime and after his death for what some critics viewed as his extreme right-wing politics. But late Australian poet Peter Porter claimed Murray’s democratic populism and Republicanism, along with his “brilliance of language, great invention and . . . ebulliently baroque swagger”, marked him as a true custodian of Australia’s soul. “I see nothing in Les Murray’s beliefs which could be labelled Fascist,” Porter wrote, while Murray himself eschewed categories of ‘left’ and ‘right’.

“I do know people ‘of the right’,” he told The Age in 2002, “except I don’t like that terminology. ‘Left’ and ‘right’ are probably oppressive categories no matter who they touch – even those who claim them. I know what’s meant every time I hear it . . . it’s not taxonomy, it’s oppressive rhetoric.”

Noonday Axeman, first published in 1965, may experience oppressive rhetoric from some critics today if viewed through their contemporary lenses. That would, however, overlook not only the technical prowess on display, but what the poem has to say about the relationship between Anglo farming communities and the land – relationships which represent one side of a bridge of cultural understanding between Indigenous and non-Indigenous Australians. That is without considering the poem’s take on existential questions and the nation’s perennial city-country divide.

Murray didn’t live permanently in Bunyah until 1985, so he clearly wrote Noonday Axeman as an autobiographical poem while living in Sydney. The premise is simple: Murray visits his family’s property from the city, goes into the bush and chops down a tree. But as he does his thoughts take flight.

The reader is immediately invited into the poet’s world through Murray’s use in the first line of meter, word choice and punctuation representative of the action – and environment – he is describing:

The line, or variations on it, become a refrain. It keeps the reader locked intimately to the poet’s actions and thoughts as he considers his participation in a long history of rural land clearing while conducting a head clearing exercise about Australia’s city-bush divide. It is Murray’s elucidation of this divide in himself and others – and his thoughts on the reasons for it – that make it a vital poem for discussions about Australian identity.

‘And some, I have known them, men with gentle broad hands,

would die if removed from these unpeopled places,

some again I have seen, bemused and shy in the cities’

you have built against silence, dumbly trudging through noise

past the railway stations, looking up through the traffic

at the smoky halls, dreaming of journeys, of stepping

down from the train at some upland stop to recover

the crush of dry grass underfoot, the silence of trees.’

A battle between the city and country, often pitched as a wrestle for a true Australian identity, is as old as Australian literature itself, which emerged when The Australian Journal and The Bulletin started publishing Australian authors’ fiction, poetry, and non-fiction in the 1870s. Australian secondary school students of a certain age were brought up on the conflict between city poet Banjo Patterson’s alleged romanticism of the bush in ballads such as ‘The Man from Snowy River’ and ‘Clancy of the Overflow’, and rural writer Henry Lawson’s gritty version of colonial bush life expressed in fiction such as ‘The Drover’s Wife’ and ‘The Union Buries its Dead’.

As Murray’s tree falls, the poet falls in with Lawson’s view, but he goes further, saying that city people are prone not just to romanticising the bush, but being outright terrified of it. He notes that terror also exists for rural people, but that they learn how to survive, and in some cases thrive. Without placing First Nations’ people in their historical position, Murray writes it will be “centuries before many men are truly at home in this country.” 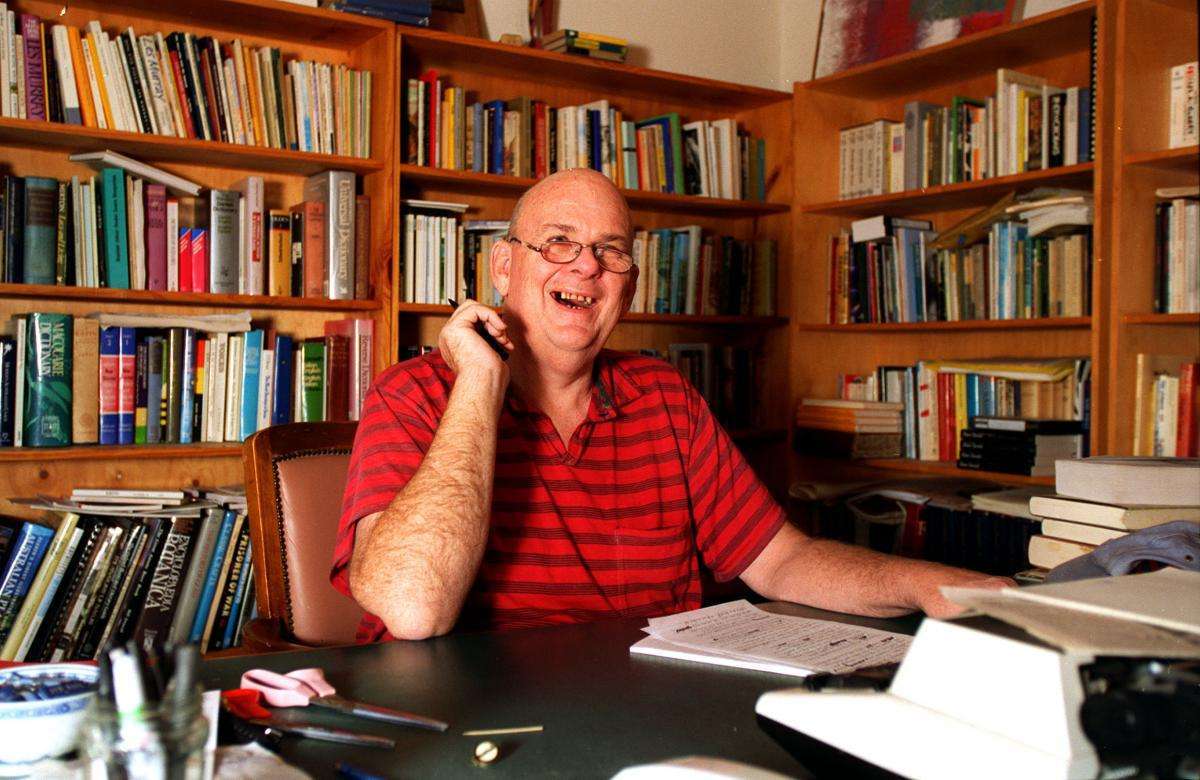 As a treatise on the city-country divide that still exists in Australia, Noonday Axeman is a landmark poem. It goes deep into assessing the forces at work which keep city people afraid of the country, and country people seeing the city as a waste of space. In a COVID age when city people are tree-changing as quickly as leaves falling from autumn Liquidambars, Murray’s poem and the national identity wrestle that’s inherent to the city-country divide might seem redundant. But no one in rural areas or the outback, whether Aboriginal, old timer Anglo or newcomer, can avoid the silence that is at our nation’s geographic heart. Australian poets and thought leaders have constantly returned to this idea with historian Geoffrey Blainey coining the term ‘the tyranny of distance’ to describe how distance has shaped the national psyche.

Murray describes the silence as “noonday silence”, intimating it should belong to the darkness of night. The later use of the word “dreaming” hints at both the Aboriginal view of time immemorial and the notion that you can lose yourself in it. Murray also references an “unhuman silence” which appears to emerge from his Catholic beliefs, the notion that God is out there in the stillness, speaking in that silence that Australians don’t want to confront, yet confronts many, leaving them disorientated and uncomfortable.

Noonday Axeman, written before Murray had turned twenty-seven, is a profound and mature meditation on Australia’s relationship with the land and the silence beyond our bustling cities. It is those forests of steel and glass the poet, this noonday axeman, would like to see cut down so people can get a better view of – and ear on – what he sees as the soul of the nation, even if it is one not easily understood.

This appreciation of Noonday Axeman was authored by Melbourne writer and academic Heath Remington, in 2022, specifically for The Genius of Australia.